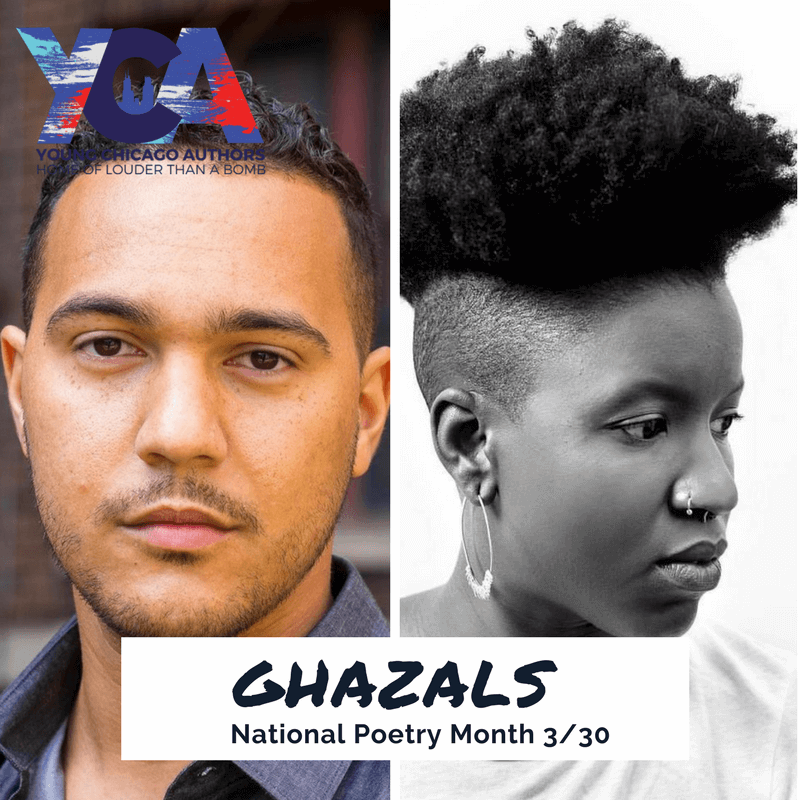 Here is prompt number 3, which uses a poem by Aaron Samuels and a poem by Angel Nafis.

A ghazal is a traditional Middle Eastern form of poetry that uses a repeated end rhyme.

Words you often use in your poems or in daily conversation
Words you like the sound of
People who are important to you, choose one:
Objects/words/phrases that remind you of this person

Said he loves countin’ stacks / is that black? / jewish?

Said we loves eating chicken cause we black-jewish!

Said, you gotta keep it real / listen to black music

And that’s jewish / Night of the broken glass jewish

They’ll beat your face in with a bat / until it’s black. jewish

They raped your great grandma, and that’s a fact, jewish

Say a prayer for the secrets your family keeps, Kaddish

See Aaron, you run / but I learned to attack: jewish

In order to survive, you gotta be black, stupid

Let ‘em tattoo my arm, that’s how I act Jewish

Got yourself a “good job,” where nobody’s black / jewish

Cut the slang off your tongue / it’s too black; jewish

And, you never came home / Aaron / where it’s black-jewish

And not coming home / is black

Ghazal for my sister by Angel Nafis

a little darker than me/ love by the mass sister
pale birthmark on your neck/ with so much sass sister
almost my reflection/ through mirrored glass sister
heels & creased pants/ on the go/ niggas harass my sister
twin bodies/ forked path/ a year estranged/ alas sister
my world is hers if she knew she my last sister
worth unmeasured/ though neither of us can pass sister
white boyfriend curse between your eyes/ but you got class sister
I hold my breath & tongue
pretend I don’t see, “Sonny’s Girl”
tattooed on your ass sister
he cleans his boots on your dreams/ he is an ass sister
(the) black freckle on your nose/ could teach a class sister
I’ma miss you when I go
but return
religious
like mass, sister.

Write a ghazal for someone or something in your life that is important to you.